A Journey of a Thousand Miles: Peacekeepers follows an all-female, Bangladeshi unit of UN peacekeepers as they leave their friends, families and all familiarity for deployment abroad in Haiti. The  film examines how this journey forever alters their lives while illuminating the unique role that women play in restoring peace in the world’s most volatile regions. 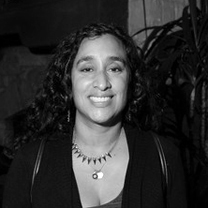 Geeta Gandbhir has won two Emmy® Awards, and her films have won an Academy Award® and three Peabody Awards. Some notable works as Editor and Story Producer include: By the People: The Election of Barack Obama, Music By Prudence, Budrus, If God Is Willing and Da Creek Don’t Rise, and the Academy Award®-nominated God is the Bigger Elvis. She also worked on Which Way is the Frontline From Here? with Academy Award®-nominated director Sebastian Junger, about photographer Tim Hetherington who was killed in Libya in 2011. Her latest film, Remembering the Artist, Robert DeNiro Sr., is co-directed with Perri Peltz. 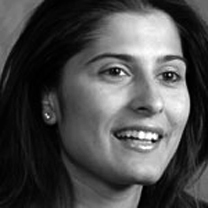 Sharmeen Obaid-Chinoy is an Academy Award® and Emmy® Award-winning documentary filmmaker. Her films include Saving Face, which won the 2012 Academy Award for Best Short Documentary, and Pakistan’s Taliban Generation. She was the recipient of the Alfred I Dupont Award as well as The Association for International Broadcasting Award. Sharmeen has made over a dozen-multi award winning films in more than 10 countries around the world and is the first non-American to be awarded the Livingston Award for best international reporting. She is the first director from Pakistan to win an Academy Award®.

Perri Peltz is a distinguished journalist and public health advocate, who recently directed the HBO documentary, The Education of Dee Dee Ricks. Perri currently hosts Dr. Radio Reports, after having spent much of her career as a television news journalist. Beginning at WNBC and Today in New York, she went on to serve as a contributor for NBC’s Dateline, an anchor at MSNBC, a news correspondent for ABC’s 20/20, and a reporter for CNN and NBC News where she focused on issues relating to poverty and health. Her latest film, Remembering the Artist, Robert DeNiro Sr. is co-directed with Geeta Gandbhir.

A Journey of a Thousand Miles: Peacekeepers, now in production, is honored to have received the vital support of both the Ford and MacArthur foundations.