In a part of America that rarely makes headlines, there is a small town with a group of teenagers who will captivate your ears and warm your heart. Mariachi High presents a year in the life of the champion mariachi ensemble at Zapata High School on the Rio Grande. As they compete and perform with musical virtuosity, these teens (and the music they make) will inspire, surprise, and bring you to your feet. High school never sounded so good

Mariachi High is co-directed by Ilana Trachtman and Kim Connell. 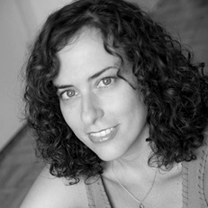 Ilana Trachtman has been creating award-winning documentary and children’s television programs for twenty years, with credits on PBS, HBO Family, ABC-TV, Showtime, Sundance, Lifetime, Discovery, A&E, and Sesame Workshop. Her topics have ranged from the legacy of slavery in Latin America to the Bar Mitzvah of a boy with Down’s syndrome, and her work has been awarded Emmys®, Tellys, Cines, numerous festival Audience Awards, a Grand Jury prize, and an Imagen nomination. 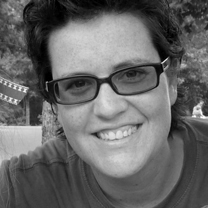 Kim Connell is the Founder and President of Rainlake Productions and an award-winning director and editor with over 15 years of hands-on experience creating films, television programs, and content for the digital world. Under her guidance, Rainlake has produced hundreds of non-fiction media projects as well as seven critically acclaimed feature documentaries that premiered at top festivals and garnered Grand Jury Prize nominations at Sundance, Tribeca, and Silverdocs. Career highlights include sold out premieres, winning her 10th Telly and filming her two daughters growing up.

Mariachi High premiered on primetime national PBS in 2012, and rebroadcasts on PBS affiliates have been seen by more than a million viewers nationwide. The film is available digitally and on DVD by PBS Home Video. It’s offered for educational screenings with a discussion guide through CPB’s American Graduate Initiative and Reel Education (a Working Films/ Fledgling Fund collaboration). The film, which provides positive portrayals of academically successful Mexican American teenagers, received further gratification by the film’s subjects being honored at Vice President Joe Biden’s Hispanic Heritage Celebration in Washington, DC. The film received a Silver Telly Award and an Imagen Award nomination. Screenings have been hosted internationally by the U.S. State Department, and domestically by National Geographic in Washington DC, the Houston Cinema, public television stations across Texas, and Latino arts festivals.