A young woman and a teenager suffering from the same deadly disease. Each one has her own way to fight and move forward… 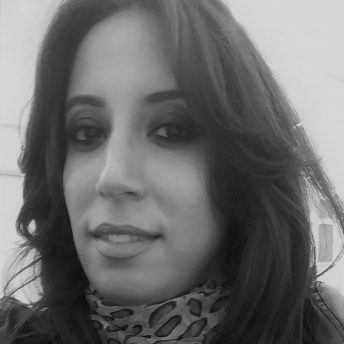 Hiba Dhaouadi was born on June 29, 1988 in Bizerte, Tunisia. She began composing her first song and wrote her first feature film at the age of 12, and ever since she has been following her journey into filmmaking. She received a MFA in Film Production and Assistant Directing in 2012, and received an Applied License degree in the Cinema, Writing and Filmmaking Program at the Higher Institute of Multimedia Arts in Tunis (ISAMM) in 2010. In 2014, she brought Girls of the Moon to the Tribeca Meet-Market. In 2016, the film won the Anglo-Tunisian fund, the Rambourg Foundation Prize For Art and Culture, and participated in the Rough-Cut Workshop of the 2018 Cairo International Women Film Festival. Girls of the Moon is her first documentary film.

For The Next 7 Generations