Niños de la Memoria tells the story of the search for children who disappeared during the civil war in El Salvador, a war that ended in peace accords but left unresolved the issues of human rights, economic disparity, and the political marginalization that provoked the conflict in the first place. Told through the eyes of three survivors searching for family, identity, and justice, Niños de la Memoria asks the question: how can a post-war society right the wrongs of the past? 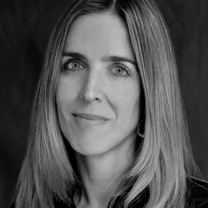 María Teresa Rodríguez is a documentary filmmaker, producer and teaching artist whose work often centers on untold stories of Latinos in the US and abroad. Many of her films, such as the award-winning Mirror Dance (with Frances McElroy), focus on personal stories that reflect a larger socio-political reality. María has facilitated videos with seniors, high school youth and Mexican migrant workers through Scribe Video Center, and currently teaches at University of the Arts. She is a Sundance Documentary Fellow (2011 Edit and Story Lab) and the recipient of numerous grants and awards, including a 2007 Transformation Award from the Leeway Foundation and a 2012 Fulbright Fellowship. The daughter of a Colombian father and an Irish mother, she is drawn to stories of migration, struggle and change.

Niños de la Memoria premiered at the Ambulante Film Festival (El Salvador) in May 2012, and has screened at the San Diego Latino Film Festival, DOXA Film Festival, (Canada), Doc Buenos Aires (Argentina), International Festival of Human Rights (Uruguay), and the Human Rights Commission (Mexico), among many others. It received an Award of Merit from the Latin American Studies Association and a Cine Golden Eagle Award, and has screened in numerous U.S. universities. The film had its international broadcast premiere on El Salvador’s public television in 2012 and its U.S. broadcast premiere on the World Channel’s Global Voices Series in 2013. The film is distributed by Women Make Movies.