What if you desperately wanted a baby, but your country and religion prohibited you from trying the one medical treatment that could help you? Beautiful Sin tells the surprising, decade-long story of three couples struggling with infertility in Costa Rica who fight their government in an international human rights court for the right to use in vitro fertilization. Costa Rica is the only country in the world that has outlawed the treatment, in which doctors create embryos in the lab. 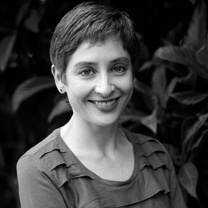 Gabriela Quirós has long covered the intersection of science, technology and social change. A staff producer since 2006 at KQED Public Television in San Francisco, she has produced and directed over 50 segments and half-hour documentaries for the national science series QUEST, and won two regional Emmys®. She grew up in Costa Rica and worked there as a print reporter covering health, the environment and politics for Spanish- and English-language newspapers. She holds two MA degrees from the University of California, Berkeley. Beautiful Sin is her first feature-length documentary.