A Place at the Table examines the paradox of hunger in the wealthiest nation on earth. Taking audiences on a riveting journey into the lives of three of the 50 million Americans who don’t know where there next meal is coming from, the film reveals the serious economic, social, and cultural implications of hunger and food insecurity for our nation, and that it could be solved once and for all – if the American public demands it.

A Place at the Table is co-directed by Lori Silverbush and Kristi Jacobson.

Lori Silverbush is an award-winning screenwriter and director of fiction and non-fiction films. Her work has premiered at the Sundance, Toronto, Berlin and Tribeca Film Festivals, appeared in theaters domestically and abroad, and has been featured in The New York Times, ​TIME​​ Magazine and others. Silverbush’s first feature, On the Outs, had its world premiere at the 2004 Toronto International Film Festival, won both the Grand Jury Award and the Audience Award at the 2005 Slamdance Film Festival, and was nominated for two Independent Spirit Awards. Silverbush is a graduate of Cornell University and NYU’s Tisch School of the Arts. 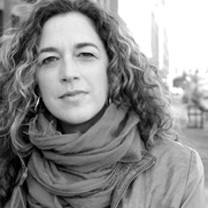 Kristi Jacobson is an award-winning director and producer of non-fiction films and television. Previous films include the critically acclaimed Toots (2006), winner of the National Board of Review’s 2007 top documentary award, and American Standoff (2002). Her work has premiered at the Sundance and Tribeca Film Festivals; screened in theaters across the U.S. and internationally; been featured in publications including The New York Times, The New Yorker, Huffington Post, TIME Magazine; been featured on programs such as The Daily Show with Jon Stewart and Moyers & Company; and screened on networks including HBO, PBS, Channel Four, ESPN, ABC, CBS, A&E and Lifetime.

A Place at the Table premiered at the 2012 Sundance Film Festival and was released by Magnolia Pictures in March of 2013. Bill Moyers called it “the best film of the summer, and one of the best documentaries I’ve seen in years.” The film was nominated for Best Documentary Feature by the Producer’s Guild of America and received the International Documentary Association’s Pare Lorentz Award for exemplary filmmaking focused on critical social issues. It has received national recognition in publications including The New York Times, TIME Magazine, The Wall Street Journal, Vanity Fair, and others. Since its​ release, A Place at the Table has become the launchpad for a national grassroots movement, including a planned multi-year transmedia campaign to unite voters, lawmakers, businesses, charities and government around ending hunger and reforming food policy in the U.S.