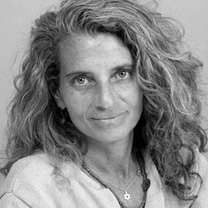 Rachel has been working in performing arts and film for 30 years. She is Founder and Director of THE OFFICE performing arts + film, a New York City-based programming, consulting, and production company. She is the Curator of Performing Arts and Film for the Massachusetts Museum of Contemporary Art, Director of Programming of the CenterSeries at the ’62 Center for Theater and Dance at Williams College, a Consultant to the Feature Film and Theater Programs for the Sundance Institute, a member of the New York Jewish Film Festival selection committee, and Curator of Music and Family programming at 92YTribeca. She is also the Artistic Director of Celebrate Brooklyn!, New York’s longest running free outdoor performing arts and film festival. Rachel is proud to serve on the Board of Directors of the 52nd Street Project, the Jewish Fund for Justice, the Builders Association, and Working Films. She recently served as Associate Producer for Phil on Film: Shorts, a collaboration with composer Philip Glass and the filmmakers Shirin Neshat, Atom Egoyan, Michal Rovner, and Peter Greenaway. Rachel is also a long time participant in the Theater Development Fund’s Open Doors program, which introduces underserved high school students to the theater.