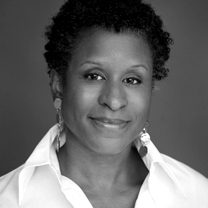 Michelle is the principal of Run It By Byrd, a strategic consultancy working with public, private, and nonprofit media and entertainment entities. For three years she served as Co-President of Games for Change, where she produced the organization’s annual festival and served as an executive producer of the Half the Sky Movement games. Prior to that, for 12 years she served as Executive Director of the Independent Filmmaker Project, where she was honored with a Made in NY award from Mayor Bloomberg for her leadership. Michelle has served on numerous film festival juries and funding review panels, including Tribeca Film Institute’s New Media Fund, Sundance Film Festival’s U.S. Documentary Competition, USA Fellows, National Endowment for the Arts, and the New York City Department of Cultural Affairs. She sits on the Board of Directors of the Adrienne Shelly Foundation, and on the Advisory Boards of cinelan and Culture Shed. In 2008, Chicken & Egg Pictures presented Michelle with the first ever Good Egg Award to celebrate her work in independent film.