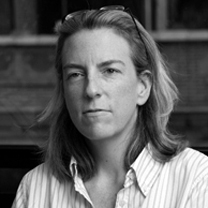 Joslyn is a writer, producer, and Co-Founder of Louverture Films. She wrote the upcoming Indian feature The Cosmic Forest, and is the Writer and Associate Producer of the award-winning film Bàttu, directed by Cheikh Oumar Sissoko (Mali). Among the films Barnes has executive produced or produced are: the César-nominated Bamako, the Sundance Grand Jury Prize winner and Academy Award®-nominated Trouble the Water, the international hit Black Power Mixtape 1967-1975, the 2012 Sundance Grand Jury Prize winner The House I Live In, the award-winning Concerning Violence, and the forthcoming Narrow Frame of Midnight. She associate produced Elia Suleiman’s The Time That Remains and the 2010 Cannes Palme d’Or winner Uncle Boonmee Who Can Recall His Past Lives by Apichatpong Weerasethakul. She is currently producing This Changes Everything for Avi Lewis and Naomi Klein and Shadow World for Johan Grimonprez. Before co-founding Louverture, Barnes served as a Program Officer and Expert Consultant at the United Nations. She has lived and traveled widely in Africa and Asia and has written numerous articles and contributed to books on trade, international development, and other social issues.