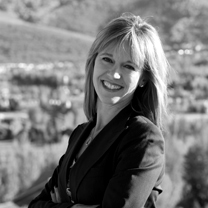 As President of the Jacquelyn and Gregory Zehner Foundation, CEO of Women Moving Millions (WMM), and a Board Member at the Sundance Institute, Jackie dedicates her time and resources toward the advancement of women and girls.

In 1996, Jacki became the youngest woman and first female trader to be invited into the partnership of Goldman Sachs. After leaving the firm in 2002, Jacki became a founding partner of Circle Financial Group, a private wealth management firm. Jacki speaks, writes, and consults on issues relating to women, success in the workplace, and high-impact philanthropy, and has been a featured contributor for the Huffington Post, the Daily Beast, Bloomberg, and others, as well as a speaker at TEDxWomen 2012. In addition to the Sundance Institute, she has served on the advisory boards of a host of gender and film organizations, including the Women’s Funding Network, the Geena Davis Institute on Gender in Media, and Gamechanger, a feature film fund providing investment capital to female directors. An active investor in documentary films, she executive produced her first film, Ready to Fly, in 2012.In recognition of her leadership and philanthropic involvement, Jacki has received a number of awards and accolades, including most recently the Philanthropy Award from the Global Fund for Women.