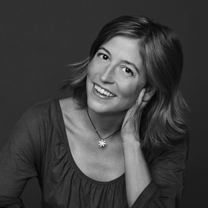 Amy is the president of Soapbox: Speakers Who Speak Out and the director of educational outreach for MAKERS: Women Who Make America. Amy is also a writer, best known for her books on contemporary feminist issues, including Manifesta, Grassroots and Opting In. She is the creator of Ask Amy, an online advice column, and a founder of the Third Wave Foundation. Amy has appeared in a range of media venues, including Charlie Rose and Oprah, and was a consulting producer on the HBO documentary Gloria Steinem: In Her Own Words. In addition to Chicken & Egg Pictures, she serves on the Boards of Directors and Advisory Committees of the Sadie Nash Leadership Program, Feminist.com, Ms. Magazine, and Fair Girls.