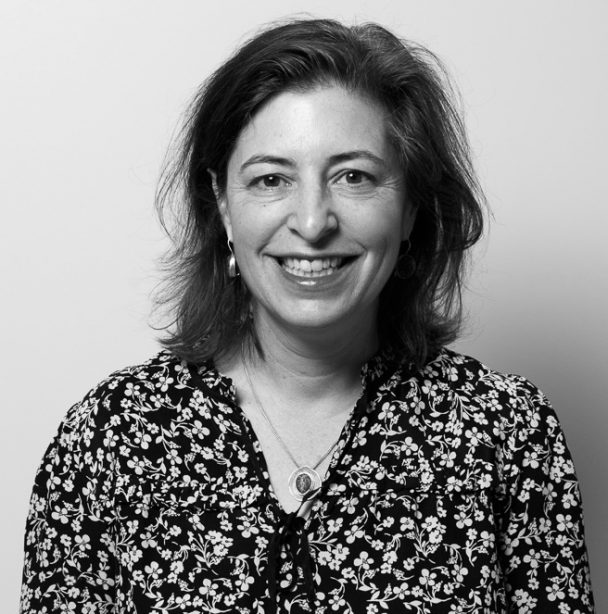 Julie is the Founder of Secret Sauce Media, her latest venture to produce and invest in surprising and timeless film projects. Julie co-founded Chicken & Egg Pictures in 2005 with a shared belief that diverse women nonfiction storytellers have the power to catalyze change at home and around the globe. She is a producer on Steven Bognar and Julia Reichert’s Academy Award®, Gotham Award, and Independent Spirit Award winning feature documentary American Factory, now streaming on Netflix in partnership with Higher Ground Productions and Participant Media. She is currently producing Bonni Cohen & Jon Shenk’s USA Gymnastics documentary Athlete A, as well as longtime collaborator Judith Helfand’s feature documentary Love & Stuff. She was an Executive Producer of United Skates (Tribeca 2018, HBO) and The Tale for Gamechanger Films (Sundance 2018, HBO). Earlier in her career, she co-produced Blue Vinyl, served as a Production Executive for the company Non Fiction Films, and was an archival researcher for Discovery Channel series Cronkite Remembers. Julie lives in San Francisco, where she serves on the Board of SFFILM. She is a member of the Academy of Motion Picture Arts & Sciences Documentary Branch.